I ventured out and away from paddling around Bainbridge Island for the first time yesterday. I’ve wanted to paddle in and around Lake Union so I checked the wind conditions which were very light at three to four miles per hour and decided to put my new found Thule Hullavator freedom to the test. I have to admit, I was a little nervous going some place where I wasn’t familiar with the launch site, portage distance or water.

I read about launch sites around Lake Union in Rob Casey’s, Kayaking Puget Sound and the San Juan Islands and decided to put in at the public access beach at Gasworks Park because of its access to parking. I discovered later that it was actually prohibited as the lake sediment contains hazardous substances. Lovely, I wonder what I was exposed to. Learning, remember to check park websites for the most current data before launching. 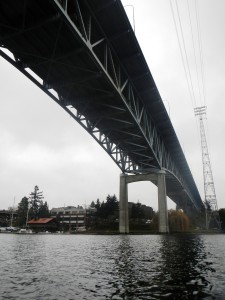 Anyway, at the south end of Lake Union there is a seaplane terminal with sea planes taking off at regular intervals for sightseeing tours and scheduled flights to the San Juan Islands and Victoria Harbor. In addition, there is a dull roar from the freeways passing over or adjacent to Lake Union. I had always thought of houseboat living as a quiet lifestyle; not in Lake Union! But then a quick look into the controversial and colorful past of Seattle’s houseboat scene shows that most of the folks who chose houseboat living were anything but quiet. All that said, paddling the Lake is very interesting with so many forms of commercial vessels, private yachts, variety of houseboats, restaurants, bridges and other things to look at and contemplate.

I paddled North under the Interstate 5 bridge, into Portage Bay and along the south end of the University of Washington campus. Having done most of my paddling around the secluded harbors and inlets of Bainbridge Island, I could not get over just how noisy the Lake Union area was and the amount of garbage in the water. 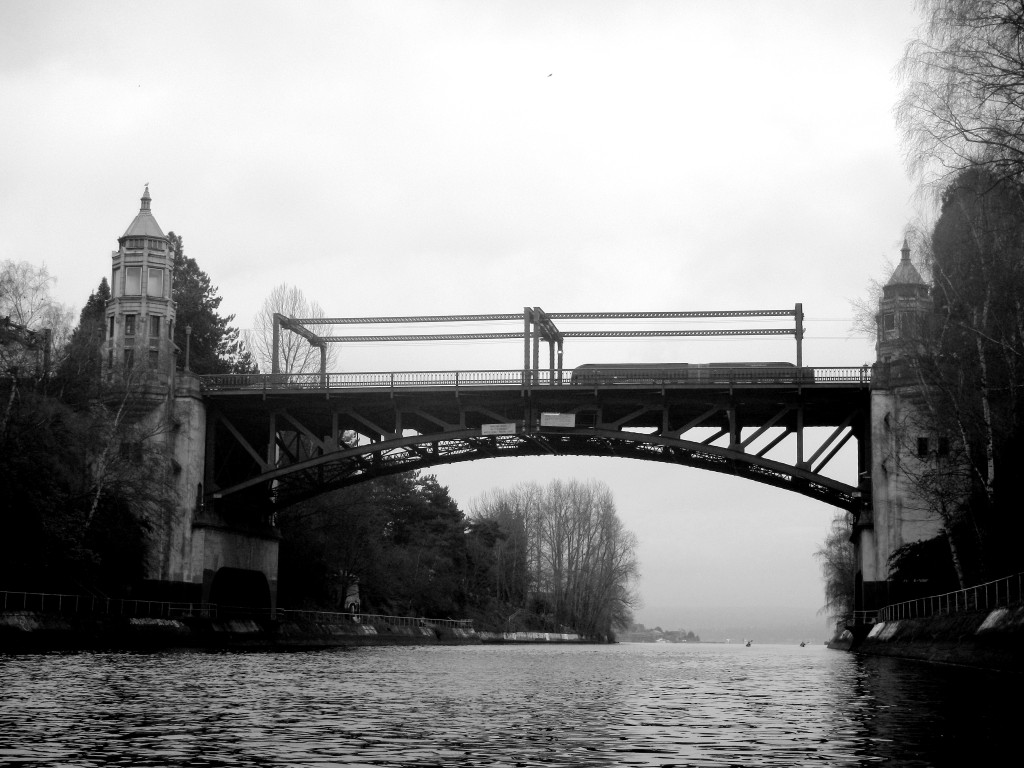 From Portage Bay, I kayaked through the Montlake Cut which provides pretty views of the historic Montlake double bascule bridge which was constructed in 1925. The bridge is on Washington State’s national register of historic places. The Montlake Cut is 30 feet deep and 100 feet wide and was dredged in the 1910s and completed in 1916. As a kayaker, be prepared to deal with the wake of bi-directional boating traffic traveling at 7 knots. 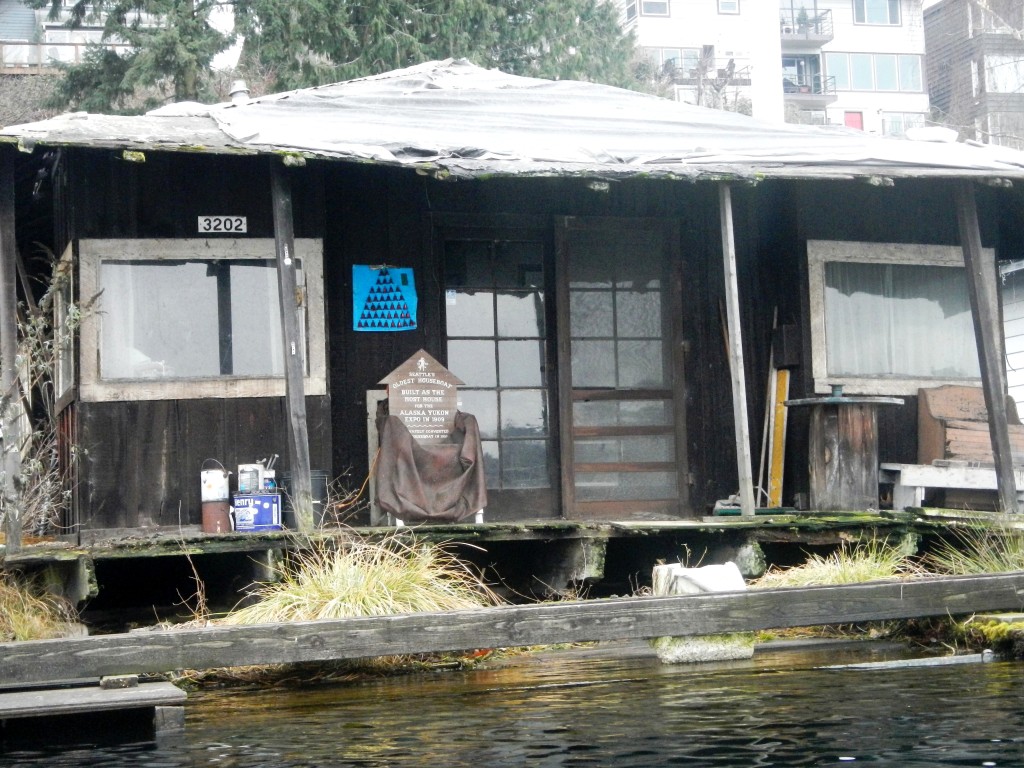 Once back in Portage Bay I kayaked amongst the houseboats, yachts and yacht clubs and contemplated the economic value of the assets sitting in Lake Union, and then the environmental impacts. I can’t help myself. Having wonder time is one of the benefits of paddling I enjoy the most. Once I had satisfied my curiosity of the east side of Lake Union, I paddled across the lake back to my launch point at Gasworks Park. I packed up my boat, and hauled it out about 30 yards back to my car. It was a very gray day, but three hours of paddling and exploring a new location made me satisfied and sunny inside. 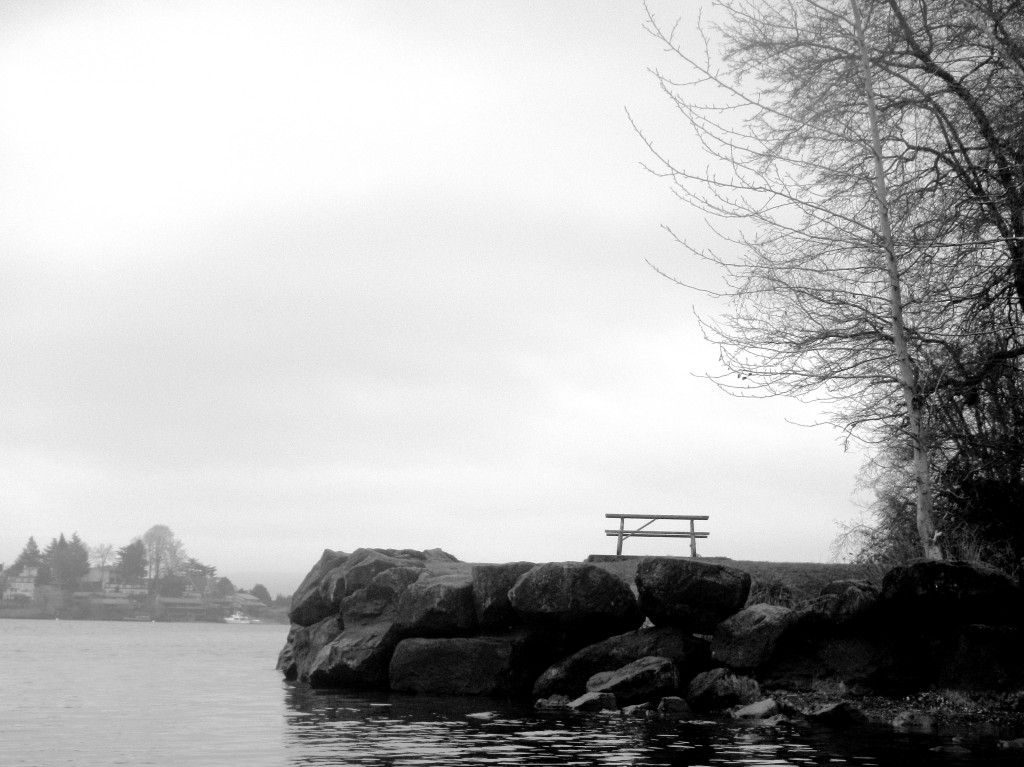