Another beautiful, blue-sky day in the Pacific Northwest. Time to get my vitamin D the natural way. As I pull into Shine Tidelands State Park, north of the Hood Canal Bridge, I notice the temperature has risen to 40 degrees. I open the door and the 7 mph winds mother nature promised clear away any lingering morning cobwebs. It takes me a moment to commit to paddling against the tide and into the wind. I have to remind myself that I need time in my kayak in a variety of conditions if I’m going to have a prayer at doing a solo expedition this summer. Let’s go to Hood Head, Hood Canal. 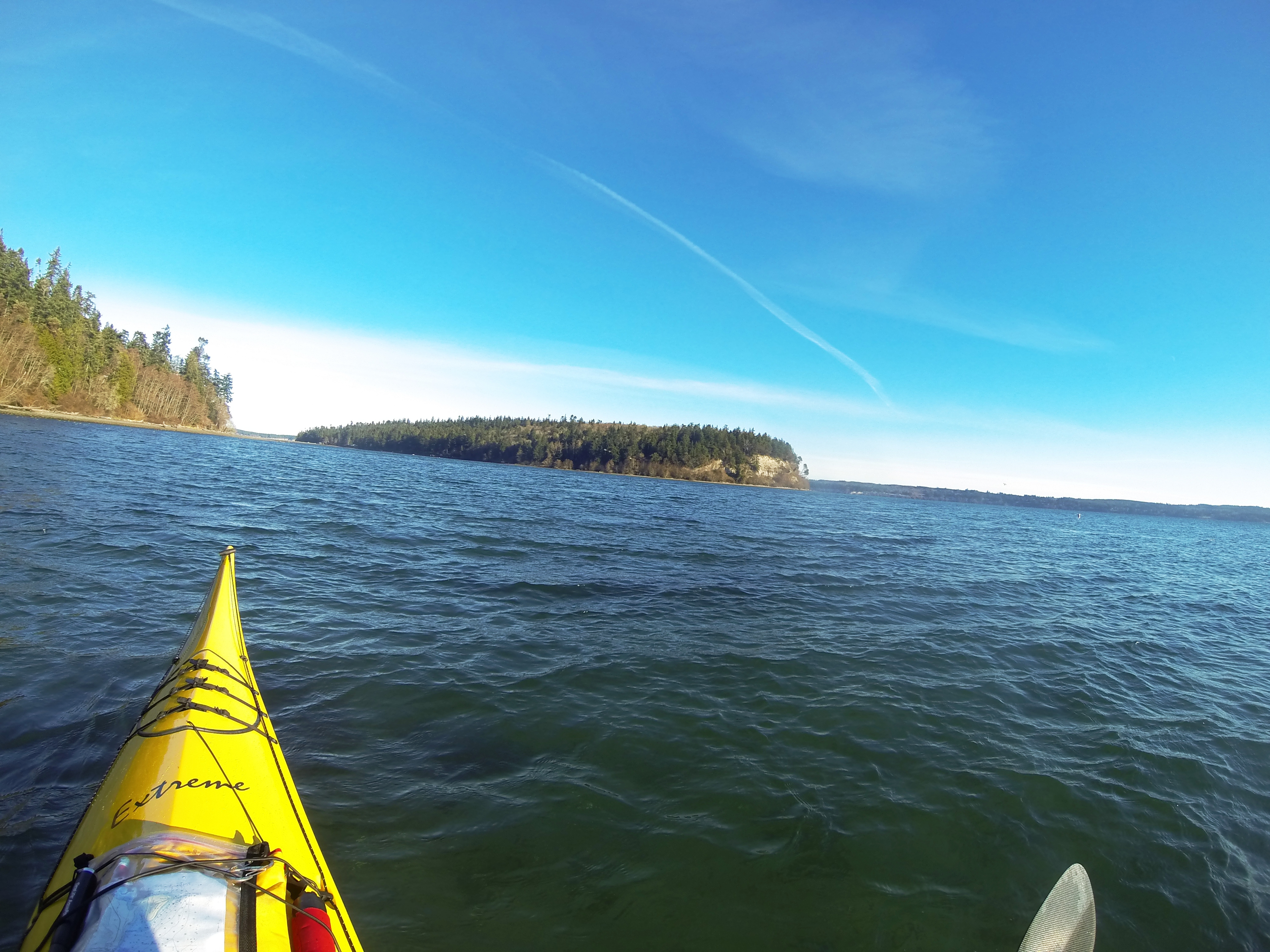 Shine Tidelands State Park and Bywater Bay are in near-pristine condition and people were out clamming and walking the beach. I paddled the shoreline into Bywater Bay Lagoon. At lowtide, Bywater Bay Lagoon is mostly a mudflat, however I reached it just after high tide and could paddle well back into the lagoon. There are about 5,000 feet of tideland between the Hood Canal Bridge and the sand spit on Hood Head. 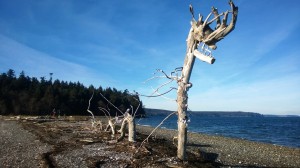 and a beautiful view of the snow-capped Cascade Mountains. For hundreds of years it served as a meeting point for Native Americans, commerical loggers and mariners. Point Hannon’s more colorful name is Whisky Spit and as the name implies, according to Wikipedia, Whiskey Spit has hosted Tribal Gatherings, ceremonies, and ancestral canoe burials. At peaks in logging and wartime military activity, Whiskey Spit servied as a brothel, speakeasy and casino. My visit by kayak wasn’t nearly as colorful as Whisky Spit’s past, but I had a snack, stretched, took some pictures and looked around. 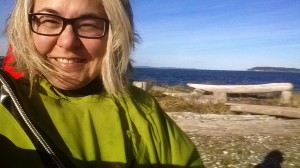 I had a quiet paddle back aided by the wind. Having only paddled about five miles, I decided to go look under the Hood Canal Bridge, the third longest floating bridge in the world spanning 7,869 feet across the salt water tidal basin. It was opened in 1961 and is the second floating bridge constructed in Washington. It’s hard to believe, but the Western part of the bridge actually sunk in a severe storm in 1979. After exploring the bridge, I paddled back against the wind in the ebb tide. 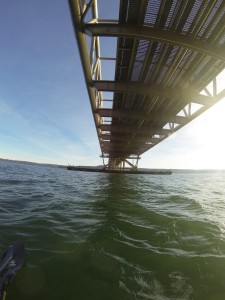 It was another great paddle and as I packed up my boat I wished I had a glass of red wine to enjoy on the beach before heading home. Note to self for the next trip!