The trip out to Burrows Island from Washington Park is marked by steep, rocky, cragged coast line and lovely park headlands with madrona trees. I liked that I could paddle close in to the rocks although I added to my collection of scrapes in my gel coat on a couple of occasions. I did this paddle on Monday, January 27, 2014 as part of a navigation course given by sea kayaking legend Gordon Brown. We used NOAA chart 18423.

It was a chilly paddle at 41 degrees, but beautiful and quite serene given this is an area known for its strong eddy lines and tide rips. On this day, however, the current was easily manageable and complemented by porpoises dining along an eddy line in Burrows Pass. The 1,000 foot shoreline of Burrows Island is sheer rock giving way to bull kelp, making for interesting and pretty paddling. 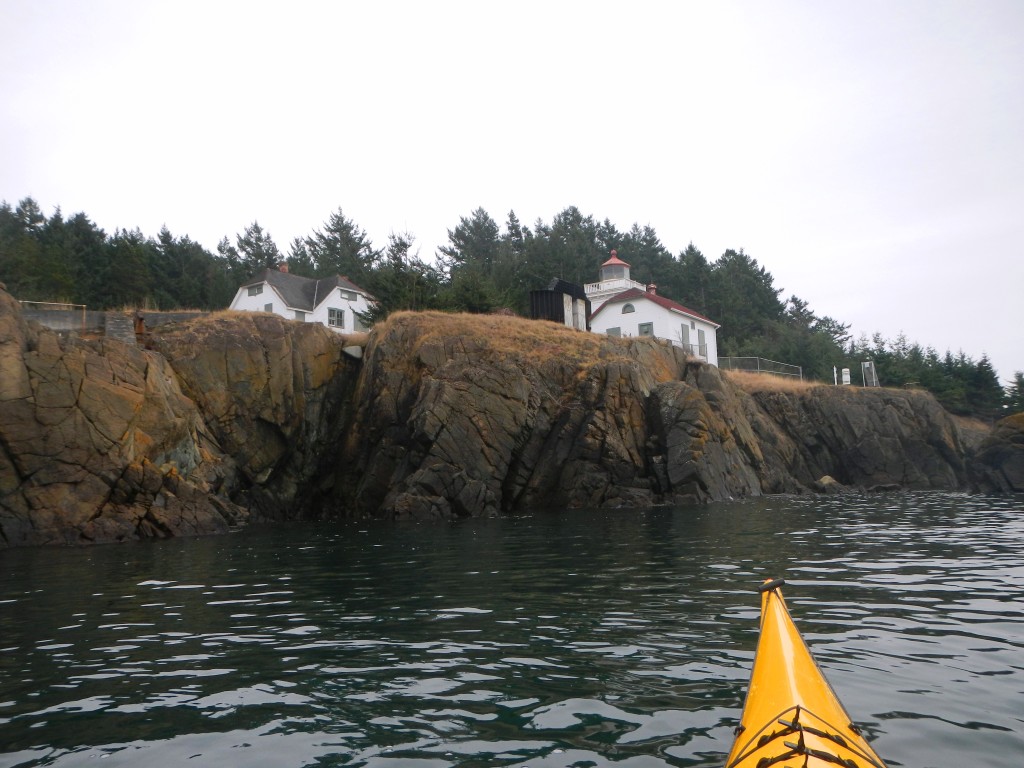 On this day, it was an easy paddle to the lighthouse which was built on what appeared to be a rare level spot on Burrows Island. The lighthouse was designed by S.W. Lieck. Consisting of a 34-foot tall tower, the Lighthouse went into operation on April 1, 1906, guarding mariners from the dangers of Dennis Shoal and Lawson Reef. The Daboll trumpet horn used to sound in fog, which is common in this area. There are some great stories about the lighthouse keepers and a milk-cow’s infamous journey to the island on the Lighthouse Friends website. 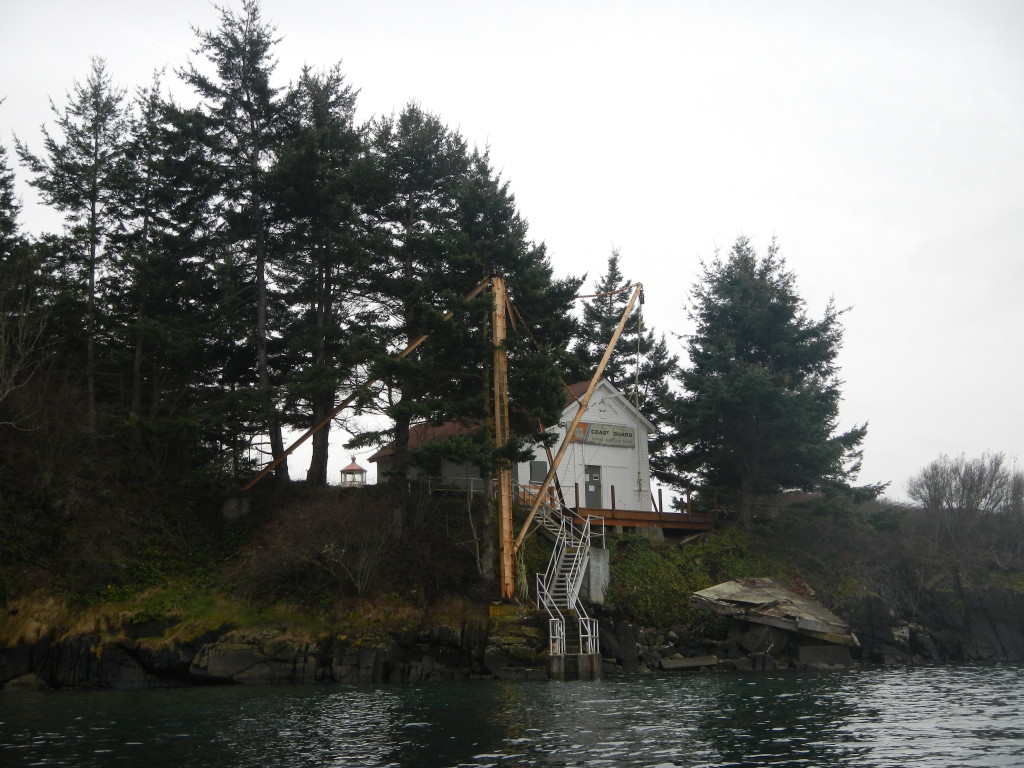 There’s a small gravel beach and because of the tide, it was a little too precarious to access the lighthouse, so we ate lunch on the beach before heading back to Washington Park. 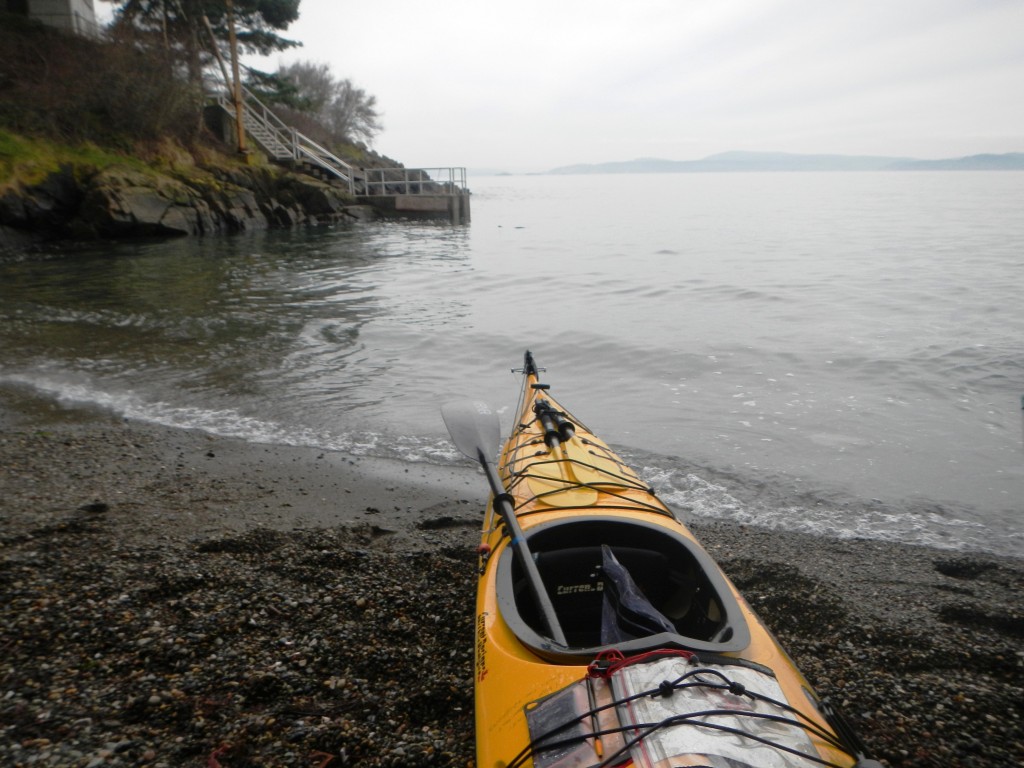 Beach at the Burrows Island Lighthouse

I definitely plan on heading back here and spending more time on and around Burrows Island. There is a Cascadia Marine Trail campsite on the other end of the island at Alice Bight and a trail up the 650 feet of the island which should provide a great view of the neighboring islands and Rosario Straight.